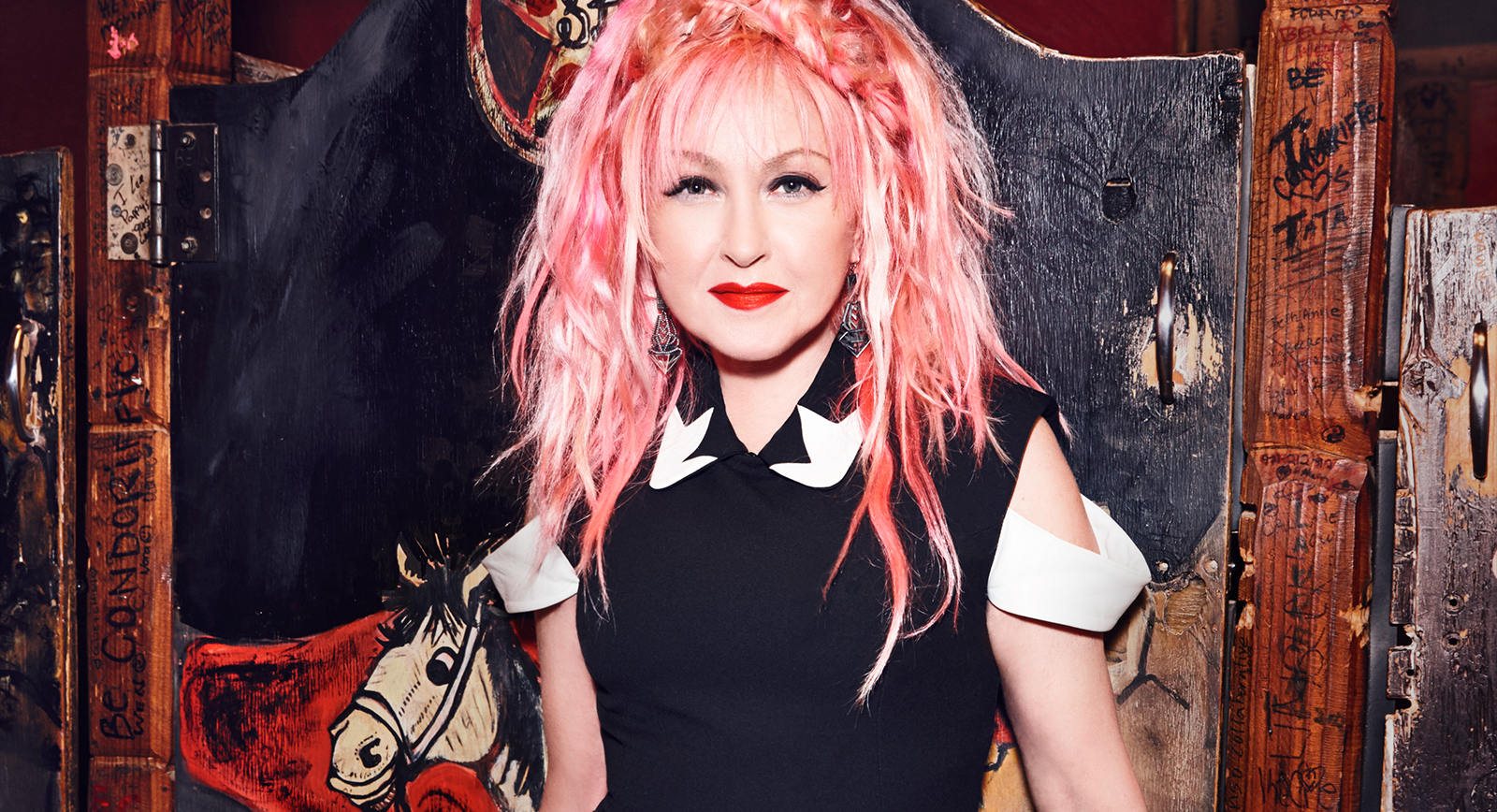 80’s pop icon Cyndi Lauperhas kicked off the second leg of her tour supporting her latest album, Detours, which is comprised of covers of country classics from the ’40s, ’50s, and ’60s, featuring collaborations with Willie Nelson, Vince Gill, Alison Krauss, and Emmylou Harris.  The current tour features a mix of both pop classics and new tracks of this year’s latest release. END_OF_DOCUMENT_TOKEN_TO_BE_REPLACED

“‘The second hand is unwinding…’  And I’m thinking… good lyric.  So I used it.  I always think it’s good to put a piece of what is really happening in the songs…  there’s always a piece of what somebody says, in the songs, and that was one of the pieces.”  A small part of one of many stories told by Cyndi Lauper about the making of the songs comprising her debut album, She’s So Unusual.  With her “She’s So Unusual: 30th Anniversary Tour” underway, currently touring California, the Grammy and Tony Award winning artist entertained and delighted fans in the audience of Mountain Winery in Saratoga last night with her compelling mix of great music and insights into her life and experiences.  Having had the opportunity and pleasure to catch her show two nights in a row, there were definitely some differences between the show I reviewed at the Crest Theatre in Sacramento and the one at Mountain Winery.  For starters, the former was indoors in a theater while the latter was outdoors in an amphitheater, both designated historic landmarks in The Golden State.  It was fun for me, personally, to compare and contrast.  In any event, one thing is certain – no two shows are the same.  While the general framework of the stories behind the music was the same, her recounting of them and stream of consciousness approach provided different insights, and the music felt different show to show as well, with a bit of a different energy (with Sacramento being perhaps more relaxed and Saratoga being more rocking).  I’m very glad I was able to turn out for both, but having written quite a bit in the original review for Sacramento, this is more of a Part 2 addendum.  Both shows are among my favorites attended this year and it is definitely a must see event for pop and rock music fans, especially those (who, like me) view the 80s (and first half of the 80s in particular) as an amazing time for music, with the birth of many great artists and songs, with Cyndi Lauper being central to all of it.

END_OF_DOCUMENT_TOKEN_TO_BE_REPLACED

The greatest artists are always brilliant storytellers, in one way or another, and there is no doubting that Cyndi Lauper is a great communicator.  I’ve been to many of her shows over the years, and Cyndi Lauper is all about connecting with people; connecting with her fans.  She kicked off her show at the Crest Theatre in Sacramento last night by jumping off the stage and making her way up to the middle of the crowd, doing much of her singing surrounded by those who adore her and love not just her music, but what she’s done with her life, how she lives it, and what she gives back to the global community.  Throughout her set, her stories in-between were unfiltered (apart from a few word choices out of respect for a nine year old up front), meandering, and fascinating… and going by the set list taped on the floor, passed into some of the time planned for singing.  But when she sings, it’s truly a marvel, with her gift of voice and performance, and as she paced up and down the crowd up front (which instantly went from an all seated show to a standing GA free for all), she made personal connections with each of us – a look, a touch with her hand – because she is one of those earnest people…  that rare breed who “made it” but it is not about themselves, but giving back… through songs, stories, laughter, experiences… and of course her brilliant music.  Touring for the 30th anniversary of her debut album, She’s So Unusual, she is playing all those classic songs from that seminal 80s work, along with a bonus or two.  I obviously go to a lot of concerts, but Cyndi Lauper was a true icon for me growing up in the 80s, and this was definitely the best experience I’ve had at one of her shows.  Definitely a must see tour this year, and I’ll personally be doing it all again tonight at Mountain Winery in Saratoga.

END_OF_DOCUMENT_TOKEN_TO_BE_REPLACED

80’s pop goddess Cyndi Lauper will be celebrating the 30th anniversary of her landmark album, She’s So Unusual, with a 22-date tour of the United States, along with an appearance at Summer Sonic 2013 in Japan afterwards.  END_OF_DOCUMENT_TOKEN_TO_BE_REPLACED