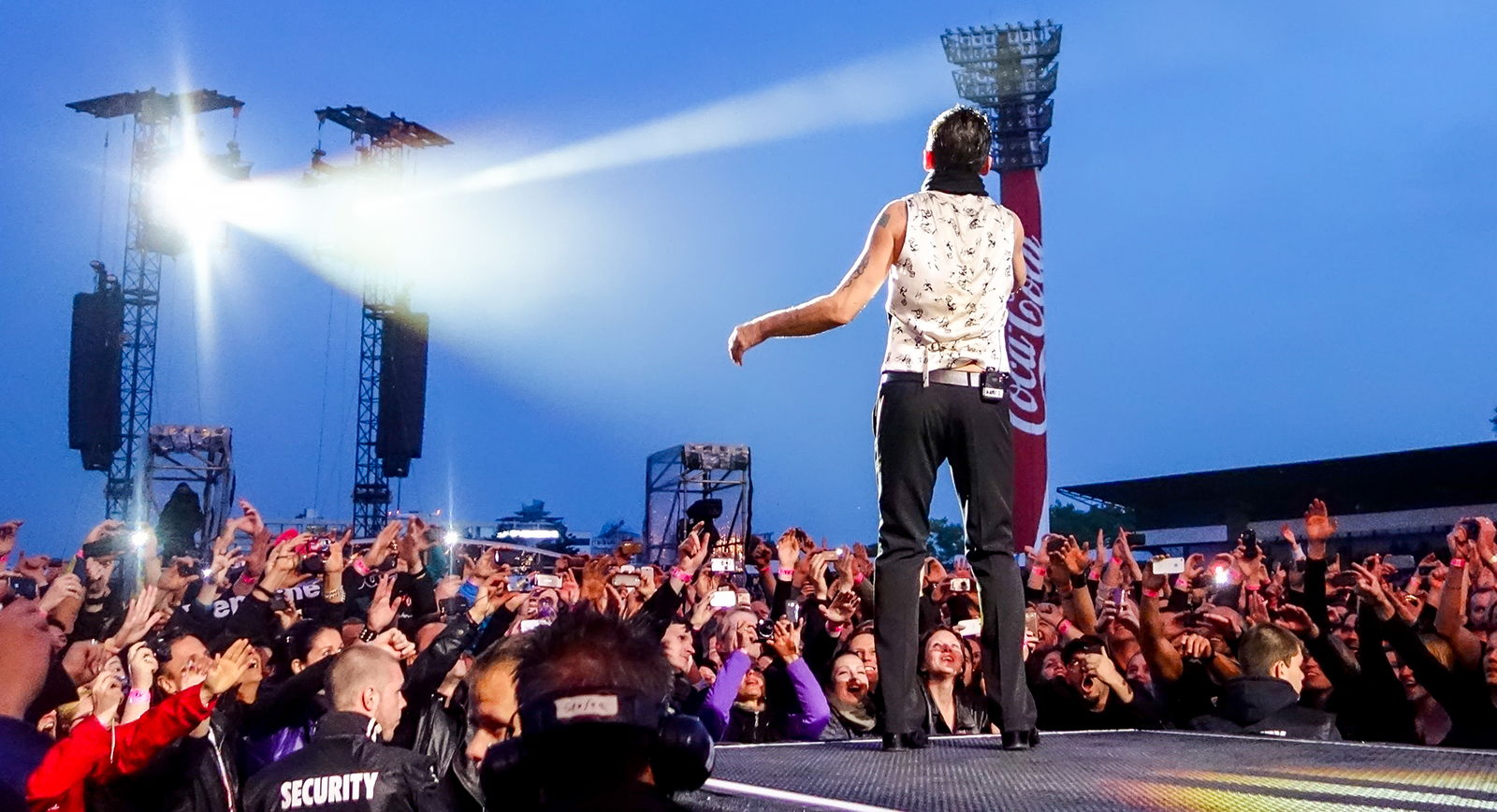 Bratislava, Slovakia’s Štadión Pasienky played host to the third consecutive Depeche Mode concert that I am reviewing as part of the European Leg of their worldwide Delta Machine Tour (having covered Budapest, Hungary four days ago, and Zagreb, Croatia two days ago, with the two London shows at the O2 still to come).  Funny enough, each show has been a completely different experience for me, and while all awesome in their own ways, as far as the pure show itself goes, I would have to say the one in Bratislava last night was the best.  The crowd was awesome, there was a certain energy in the air, and everything seemed to be flawless with the show itself.  I’ve been telling people that the best spot in the “front of stage” area is in the front to the left of the ramp (looking at the stage); I went against my own advice going for the front row on the opposite side of the ramp, and it ended up being awesome.  Halfway down the ramp, you have an unobstructed view of Dave and Martin, and Dave seemed to go down the ramp many more times last night, which was awesome, as he shifted tremendous energy into the massive crowd, who just ate it up.